WrestleMania has gone uninterrupted for over 30 years, and although this year’s show is in a state of flux, the WWE is still moving forward with several storylines, including the one between A.J. Styles and The Undertaker.

This feud has been going on since Taker appeared at Super ShowDown in Saudi Arabia, where he unexpectedly entered a gauntlet match that Styles thought he had already won, and “The Phenomenal One” has been miffed ever since.

There are those who think that Taker should have retired by now, but many of those same fans are excited about the match as Taker has not faced off against someone as athletic as Styles in a long time.

Taker has been around for more than three decades. He is widely considered to be one of the greatest wrestlers in history, and he is synonymous with WrestleMania, as he has had 26 matches at the event over the course of his career.

His undefeated streak may be over, but Taker still possesses an incredible 24-2 record at Mania, which he obtained by defeating numerous Hall of Famers. Now that he is involved in this year’s show, he has been given some new merchandise.

Not The Right Word

The new merchandise comes in the form of a t-shirt, and compared to previous years, it does not look very good as it is mostly text, and apparently, the WWE did not proof-read the text before making the shirt available to the public.

The shirt says: “Be weary of the old man in a profession where young men don’t last long.”

The issue is the word “weary”, which means “to be tired of”, and that does not fit Taker’s persona at all, but the word “wary” does, as it means “to exercise caution”. 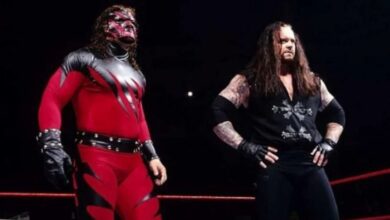 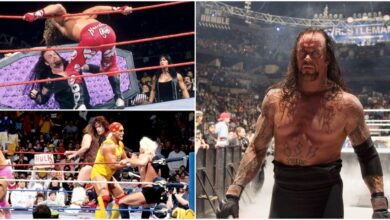 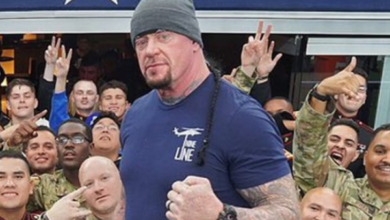 Jim Ross Details The Undertaker’s Selfless Attitude as Opposed to Shawn Michaels: “Taker Knew That Eventually There’s Big Money With He and Leon”