Boxing icon Mike Tyson believes Oleksandr Usyk can ‘mess Anthony Joshua up’ when the two rivals meet in the ring for their highly-anticipated rematch for the unified heavyweight world heavyweight titles. The first contest went the way of Usyk after he stunned the favoured Brit in London back in September.

In the first contest, Joshua was comfortably outclassed as the Ukrainian took his WBA, WBO and IBF world titles in front of 65,000 fans at the Tottenham Hotspur Stadium. Usyk stunned Joshua on a number of occasions and was simply too fast for the Brit, landing a number of impressive hits to win unanimously on points.

Joshua will look to reclaim his titles when he faces the Ukrainian at the Jeddah Super Dome in Saudi Arabia on August 20. If he emerges victorious, Joshua would become a three-belt unified champion – and it could set up a mouth-watering undisputed clash with WBC champion Tyson Fury.

The match is undoubtedly one of the most important bouts of Joshua’s career so far – and Tyson is concerned about how the Brit will deal with Usyk. The former undisputed heavyweight champion, who became champion aged 20 thanks to his superhuman power, believes the Ukrainian’s movement and ability to feint gives him the advantage.

Joshua cut ties with long-term trainer Rob McCracken following his loss to Usyk, bringing in Robert Garcia to join Angel Fernandez in his corner. Many fans expect the Brit to be more aggressive – and ‘Iron’ Mike suggested Joshua needed to show off his own movement and be more active in the rematch than he was in the first clash amid high expectations.

Anthony Joshua and Oleksandr Usyk are preparing to clash in the Jeddah Super Dome in Saudi Arabia (Image: GETTY)

“He [Joshua] could do so much, that’s why he’s never a lost soul, he can learn so much – he’s still learning, that’s why he’s dangerous Joshua, because he’s still f*g learning!” Tyson declared. “He can’t just feint, his jabs got to be constantly out there and he’s got to turn it into something.

“Joshua needs to pick up the pace a little, just a little, not much. He has so much damn potential.

Joshua is set to face Usyk in their heavyweight world championship bout in Jeddah on August 20. 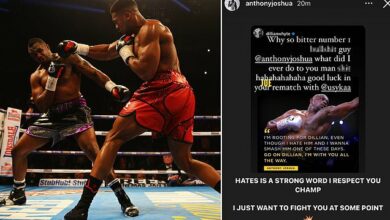 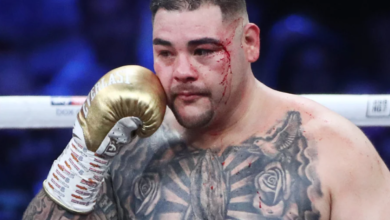 Andy Ruiz Jr. Exposes His Texts With Anthony Joshua After Their Rematch 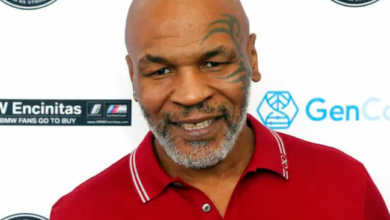