“I’m all in favor of remembering one’s roots,” Morgan said.

When Harry Morgan started out as an actor, he wasn’t dreaming of ending up on one of TV’s most popular shows, MAS*H.

In fact, Morgan wasn’t even thinking too much about a future in acting at all. He was just looking for “something to do.”

Working as a lousy salesman in Washington, Morgan told the Chicago Tribune in 1983 that the only reason he auditioned for a role at the brand new Washington Civic Theater when it formed was that he was utterly bored, insisting he showed up “out of loneliness more than anything else.”

At that time, he wasn’t even known as Harry Morgan, but Harry Bratsburg. Born to a father from Norway and a mother from Sweden, his last name represented his heritage, and that was always an important part of his history that he intended to honor.

However, once Morgan got hooked on acting, he was soon pressured to change his name, and he told the Tribune he always regretted that.

“I wish I hadn’t changed my name, to tell you the truth,” Morgan said. He pointed to actors like John Hodiak, a Ukrainian actor who decided when MGM asked him to change his name that he wouldn’t bend to the pressure, simply because, “I like my name. It sounds like I look.”

“I always admired John Hodiak,” Morgan said. “They wanted him to change his name, and he said, no, that’s my name. And he was proud of being Ukrainian.”

“I’m all in favor of remembering one’s roots,” Morgan said, adding, “Well, that’s what this country was all about!”

It’s no surprise he sounds a little like he slips into his MAS*H character Sherman Potter at that moment. Morgan said, “My character is practically me.”

Although he saw himself in every role he played, Potter was perhaps the character he identified with most, and MAS*H was likely the show that made Morgan popular with audiences today.

“I think it’s very hard for most actors to get very far away from themselves,” Morgan said. “I played mostly the heavy when I first started in pictures, and I’ve played everything you can think of, but I don’t know in how many cases I really got that far away from myself.”

When Morgan first appeared on MAS*H in the third season premiere, he famously made a guest appearance as a visiting general before the show cast him as Colonel Potter, who first appears in the fourth season premiere. Morgan told the Honolulu Star-Bulletin in 1975 that his first role on the show was an audition of sorts, and then praised how the script for his first show as Potter really set him up to succeed with fans.

“It’s a beautifully constructed script,” Morgan said. “In just 20 pages, I get to meet all the guys. I get drunk with B.J. Hunnicutt, Trapper John’s replacement, and at the end, I bump into Frank Burns.”

Morgan said he was delighted how easily fans accepted him to fill the giant gaping hole in hearts that losing Henry Blake left on the show.

“Frankly, I was surprised at the ease with which the character of Colonel Potter was introduced in the first show in which I acted [as Potter],” Morgan told the Sun-Bulletin.

“At the beginning, everybody was a bit wary of the new commander, but at the end, he was accepted and already one of the boys,” Morgan said. “It is a tribute to writers who accomplish that in one show.”

Behind the scenes, the rumor was that Radar actor Gary Burghoff was most wary of how Morgan would fit in with the cast, but Morgan said those fears subsided after they hit it off as friends right away.

Through TV history, Morgan proved he was just one of those lovable actors whose charm contributed to cast dynamics onscreen and off.

And if you’re wondering where he took his stage name from, though, he admitted to the Tribune that he had absolutely no idea where it came from.

“We just dreamed it up,” Morgan said.

It’s hard to say whether Morgan’s name change mattered all that much to his success, but looking back in 1983, Morgan said honoring his roots while pursuing his acting dreams on a smaller scale would’ve been just as good a life for him, even if he achieved no fame at all. His advice for kids back then probably still applies to kids today: Dare to dream small.

“I didn’t know I was going to be in MAS*H when I started out,” Morgan said. “I think if you could settle for life on a much less grand scale, for example, regional theater, that’s an achievable, wonderful ambition. But I don’t think too many kids are willing to settle for that. And that’s too bad.” 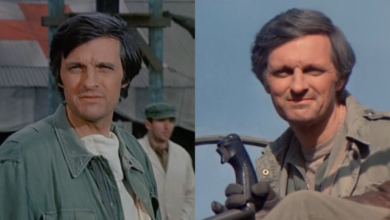 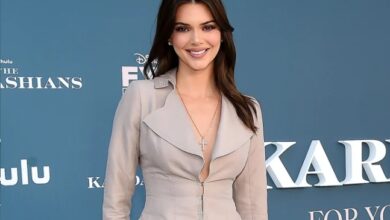 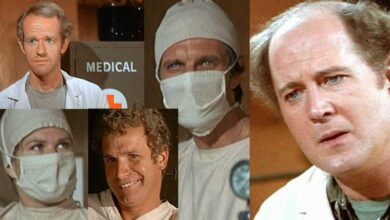 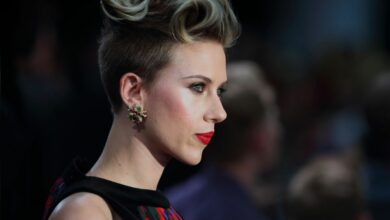 Scarlett Johansson is the highest-grossing actress ever