The Undertaker is one of the greatest professional wrestlers in the industry, performing in the main event scene for WWE in the last three decades. With that said, The Undertaker has been in the ring with almost every legendary superstar in WWE. Legends include Hulk Hogan, Steve Austin, The Rock, Brock Lesnar, Triple H, Kurt Angle, Shawn Michaels, Bret Hart, and many more. While The Undertaker garnered a decorated legacy for himself, as he’s defeated the very best in the business, there are other legends that fans would’ve wanted him to wrestle in the ring. One of those legends is Andre the Giant, who left the WWE not long after The Undertaker made his debut. And although he never wrestled The Undertaker in a match, it’s been said that Andre the Giant wanted to wrestle him, according to The Undertaker.

Andre the Giant, along with the likes of Hulk Hogan and Randy Savage, revolutionized WWE during the 1980s’ Rock n’ Wrestling generation. Being one of a kind, Andre the Giant represented the larger-than-life aspect of professional wrestling that turned WWE into a global phenomenon. Even after the wrestling boom period in the 1980s ended, WWE continued to rely on the concept of colorful characters heading in the 1990s.

After legends like Andre the Giant and Hulk Hogan started to get phased out, other colorful characters like The Undertaker and Shawn Michaels broke out as megastars in the 1990s. Many of these charismatic personalities from the 1990s, whether from the New Generation or Attitude Era, were much different compared to the colorful characters from the 1980s wrestling boom era. However, such legends from both periods were compelling enough to be paired with one another.

For instance, Hulk Hogan and The Rock successfully paired with each other and had one of the greatest matches in Wrestlemania history. Despite the generational gap between Hulk Hogan and The Rock in terms of their prime, they could intertwine with each other for compelling TV. Andre the Giant and The Undertaker could’ve had that same chemistry if they were in the ring together. Both men are heavyweights and have that “larger-than-life” appeal to their character. They could’ve easily attracted many fans, even in the modern era of wrestling.

One should remember that Undertaker has wrestled many matches with wrestlers that are heavier than him, as he’s had classic bouts with giants in the past. If Andre the Giant and The Undertaker were to have a singles match, for instance, who’s to say that the two won’t deliver a quality bout?

The Undertaker States Andre The Giant Wanted To Wrestle Him

Andre The Giant Recognized The Undertaker’s Specialty Early On 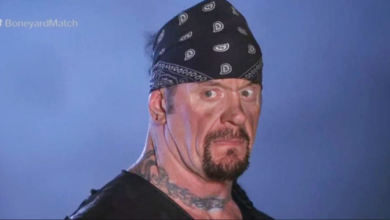 The Undertaker On What’s Missing From Wrestling Today 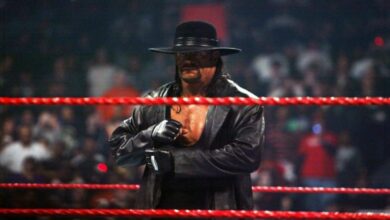 Jake Hager Reveals Advice From The Undertaker During WWE Run 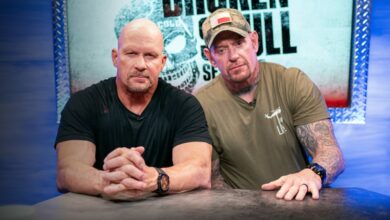 Steve Austin on The Undertaker: If they gave that gimmick to anybody else, it might have lasted two years