Anthony Joshua says emotions got the better of him and he let himself down with his bizarre post-fight antics after losing to Ukraine’s Oleksandr Usyk in Saudi Arabia on Saturday.

Joshua was defeated by split decision in the heavyweight world title rematch.

After the contest, the Briton picked up two of Usyk’s belts, dropped them out of the ring and strode towards the dressing room, before returning to the ring to give an impassioned speech.

“I let myself down,” Joshua tweeted.

After returning to the ring, the 32-year-old confronted Usyk, saying, “you’re not strong, how did you beat me? How? I had character and determination’.

Joshua then picked up the microphone and produced a expletive-filled speech in which he reflected on the fight and his shortcomings as a boxer.

He also talked about several topics, including his troubles with police as a teenager, the war in Ukraine, his career and led the crowd in saluting 35-year-old Usyk.

In his post-fight news conference, Joshua said he had acted that way because he was mad at himself. “When you’re angry you might do stupid things,” he added.

In his tweets on Sunday, he wished Usyk, who also beat him on points last September in London, “continued success in your quest for greatness”.

“You are a class act, champ,” he said. “Yesterday I had to mentally take myself into a dark place to compete for the championship belts! I had two fights, one with Usyk and one with my emotions and both got the better of me.

“I’ll be the first to admit, I let myself down. I acted out of pure passion and emotion and when not controlled it ain’t great. I love this sport so so much and I’ll be better from this point on. Respect.”

Joshua, who took super-heavyweight Olympic gold at London 2012, won his first 22 professional fights, but has now lost three of his past five contests, all of them for world titles.

Meanwhile, Joshua says he has the “hunger” to fight again and hopes to return to the ring in December.

Promoter Eddie Hearn wants him to have three or four fights next year with the ultimate goal of the Englishman becoming a three-time world heavyweight champion.

“I spoke to Eddie and asked him if it’s possible to get out in November because momentum is important in boxing – Eddie said December,” Joshua said. 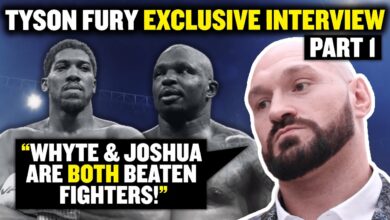 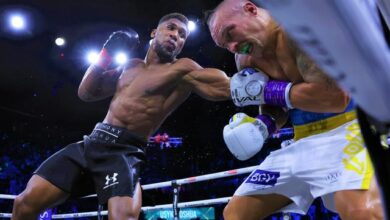 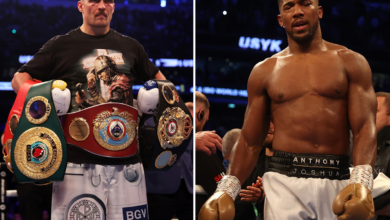 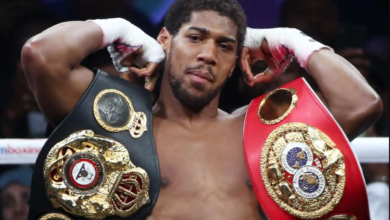