Heavyweight greats Muhammad Ali and Mike Tyson were once magnanimous in appreciating each other’s art, but The Greatest conceded Iron Mike’s power might have shut him down

It’s one of the most common questions asked in boxing: who would have won if Muhammad Ali and Mike Tyson crossed paths in their primes.

And while ‘The Greatest’ may boast a reputation as the pinnacle of pugilism, Ali once admitted ‘Iron Mike’ might have put him to sleep “if he catches me.” However, snaring the star famed for floating like a butterfly proved nigh impossible at the peak of his powers.

It was during an appearance on TheArsenio Hall Show in 1989 that the heavyweight greats shared a couch while complimenting one another’s crafts. Tyson was only 23 at the time and held the WBA, WBC, IBF, and ‘The Ring’ heavyweight titles, while his idol was eight years into retirement.

“I was the dancing master and I wasn’t that powerful,” said Ali, who claimed 37 of his 56 professional wins via knockout. “But I was so fast. If he hit me… [pretends to fall asleep]. That’s if he catches me.”

The Kentucky-born king of the ring joked he was “scared” of Tyson after he and Sugar Ray Leonard made their entrance onto the show. Ali went on to describe a bashful Tyson as “a real champ,” but the boxer formerly known as ‘Kid Dynamite’ fired back with high praise for his hero.

“I’m vain,” laughed the ex-undisputed world heavyweight champion. “I know I’m great, but can I tell you something? In this situation, every head must bow, every tongue must confess: This [gestures to Ali] is the greatest of all time.”

Ali retorted that he ‘didn’t know what would have happened if [Tyson] hit me,’ a question that plagues the minds of many a boxing enthusiast. It’s generally accepted that, at his most dangerous, Tyson had one of the most powerful punches in the sport’s heavyweight history.

As fate would have it, Ali’s compliments would prove a poor omen as Tyson went on to suffer his first pro loss against Buster Douglas the next time he entered the ring in February 1990. His belts were soon taken by Evander Holyfield, who later beat Tyson in back-to-back meetings, one of which included the infamous ear bite.

Despite being a generation apart, Tyson and Ali each occupied places in an exclusive club following the former’s fall from grace. After serving three years in prison for rape, Tyson became the sixth heavyweight to recapture a world title when he beat Bruce Seldon for the WBA crown in 1996 (though that list has since grown to include the likes of Anthony Joshua and Tyson Fury). 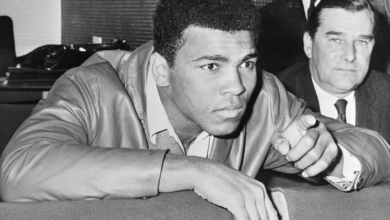 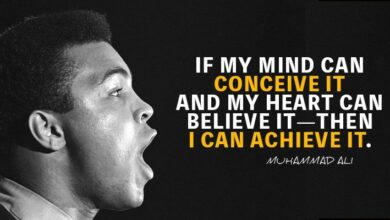 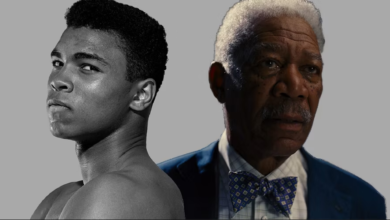 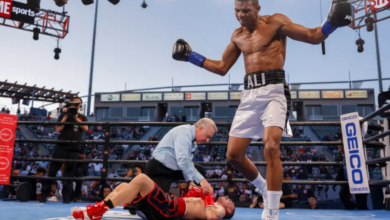