Mike Tyson remembers throwing his first punch at a bully. “The guy ripped the head off my pigeon,” the retired boxer once recalled in a radio interview. “This was the first thing I ever loved in my life, the pigeon. That was the first time I threw a punch.”

Half a century later, the last great undisputed world heavyweight champ is angry again. This time the perceived bully is the Disney-owned streaming service Hulu. Last week it launched Mike, a scripted series about Tyson’s life starring Moonlight’s Trevante Rhodes as the self-declared baddest man on the planet.

Tyson wrote on Instagram: “Don’t let Hulu fool you. I don’t support their story about my life. They stole my life story and didn’t pay me … To Hulu executives I’m just a n****r they can sell on the auction block.”

It is hardly the first instance of a film or TV producer turning a famous person’s life into unauthorised “content”. Nor it is difficult to see why Tyson’s story proved irresistible. His has been a life of stratospheric highs and harrowing lows that included the death of his four-year-old daughter, Exodus, in an accident in 2009.

He made and blew a fortune and, 16 years after his last official bout, is more famous than any current boxer in today’s somewhat jaded fight game. “The endless fascination with Mike Tyson,” was how the New York Times put it last week. He is quotable too: “Everybody has a plan,” he once said, “until they get punched in the mouth.”

Interviews with people who know Tyson throw up words such as emotional, impulsive, intelligent, perceptive and smart, portraying a boxer-philosopher who ultimately fell short of his potential in the ring and is still trying to figure out his place in the universe. But one describes him as homophobic, misogynistic, manipulative, a thug and – yes – a bully.

Tyson has spent decades trying to outrun and outbox a tough childhood in a condemned building in Brownsville, Brooklyn, New York, where he was frequently beaten by his alcoholic mother, Lorna. He has recalled how, because he speaks with a lisp, other children called him “little fairy boy”.

He had been arrested numerous times by the age of 12. His mother died when he was 16. But under Cus d’Amato, a trainer and sage who became his legal guardian, he found his calling as a boxer and proved dedicated, hard-working and sublimely gifted.

D’Amato died in 1985. The following year, at the age of 20, Tyson became the youngest world heavyweight champion in history. Under the management of Don King, with whom he later fell out bitterly, he unified the title and became a sporting superstar.

Lori Grinker, a photographer who followed Tyson through the 1980s, recalls that his fights would attract celebrities such as Eddie Murphy, Sylvester Stallone, Robert De Niro, Madonna, Sean Penn and Donald Trump, whose properties, such as the Trump Plaza Hotel and Casino in Atlantic City, often played host.

“It was extremely electric,” she says. “I had never experienced anything like that before and then I would be the one that could go from the ring back to the hotel room where they’d have a little get together after the fight. There would be his manager there and they’d have soft drinks and balloons – that was like the first fight, it was all very clean, and then he’d go off after with people.”

A collection of Grinker’s photos will be published next month in a book entitled Mike Tyson. The 64-year-old reflects: “It was amazing to see his rise and see him go from 14 at Cus’s house, being shy, to becoming this megastar and then to see the people who came in who didn’t seem to have his best interests in mind.

“Then to see him fall was really sad. And now he’s back. It’s interesting that he’s got such longevity for just being the personality.”

Grinker was not allowed to attend the infamous parties but could see how fame, glory and money transformed and upended Tyson’s life. “He was shy, and didn’t think he’d ever go on a date before he was champion, and then suddenly there were women passing their daughter’s phone number to him on a piece of paper in the middle of the road, literally when we were in the car.”

In 1990, Tyson lost his title when he was knocked out by James “Buster” Douglas in one of sport’s greatest upsets. In 1991 he raped Desiree Washington, an 18-year-old Miss Black America contestant, in a hotel room. He was sentenced to six years in prison and was released after serving three.

In 1999 Tyson served three and a half months in jail for assaulting two motorists during a road rage incident. It was around this time that he began working with therapist Marilyn Murray.

She recalls via email: “One aspect I discuss with all my clients is what I term their ‘baseline for normal’ … With Mike, some of the primary items contained in his baseline for normal were: violence, chaos, alcoholism, abuse, women being treated badly, no safe place, etc.

“He recognized how he continued this baseline into his adult life. Part of our work together was to introduce him to a new baseline which contained much healthier behavior. I don’t think any of us ever totally escape our old traumas and I know that Mike will be the first to admit he still fights his old demons, but he certainly is a different man today than in the past.”

Long before Hulu got to work, Tyson delivered his version of events in a one-man show in Las Vegas in 2012, an autobiography in 2013 and on his own podcast. He has expressed remorse for past mistakes and still finds peace in caring for pigeons. He now runs a cannabis company and owns a 420-acre “weed resort” near Desert Hot Springs in southern California.

Gordon Marino, a boxing coach and philosophy professor at St Olaf College in Northfield, Minnesota, first met Tyson 20 years ago and has done training drills with him. He recalls by phone: “It was weird to do it with him because I had never experienced a body so electric.

“This is when he’s maybe late 40s, but there’s some kind of electricity in his body that was like, wow! He was a very explosive fighter, great speed, so that was a great experience. We went over some combinations. We used to take some walks together: great conversations. He talked about death a lot.”

Just last month Tyson told his therapist Sean McFarland on Hotboxin’ With Mike Tyson: “We’re all gonna die one day, of course. Then, when I look in the mirror, I see those little spots on my face, I say, ‘Wow. That’s my expiration date is coming close, really soon.’”

Marino, 72, who attended Tyson’s wedding in 2009 and has fielded queries from him about the Danish theologian Søren Kierkegaard, comments: “That’s been a recurrent motif in his life. He’s surprised to be alive. He’s a very complex character in the sense of dry, emotional, very perceptive, incredible memory and moody.

“He’s also got what [Black scholar and activist] WEB Du Bois talked about: double consciousness. Sometimes he would battle between seeing himself as what he called ‘legit’, namely a middle-class good guy, and ‘keeping it real’, which meant being a thug. Those two things were always embattled in his very rich and unusual mind.”

Recalling Tyson the fighter, he adds: “He was terrified of losing and then, when he got in the ring, he sort of felt like a god. There were switches in levels of self-esteem and that’s why he felt like he had to terrify everybody else. That was a big part of his game.”

Tyson’s mind games, attempting to intimidate fighters so they had lost before they even stepped into the ring, did not work against Evander Holyfield. In 1997 he was disqualified and banned for a year after twice biting Holyfield’s ear.

Frank Warren, who promoted Tyson’s fights in Britain, says by phone from London: “He is a terrible manipulative bully. Every fighter that’s beaten him, he couldn’t intimidate. Every one who he’s beaten, he could intimidate. If he can’t intimidate you, that’s a killer for him.”

Warren, 70, who has claimed that Tyson once punched him in a hotel room, remains sharply critical. “He is a compelling character, and he’s one of those fellas who gets you to feel that he’s misunderstood but, when you get into it, he is what he is, which is a thug and a bully and a misogynist. He’s very homophobic when he’s cursing somebody or he’s shouting at them.”

He adds: “He was an unbelievably exciting fighter – menacing, devastating – but that lasted a very short time, and then he just pissed his career away. He didn’t live the life he should have led. You could sit with him right now and you’d think this guy’s totally been misunderstood, he’s a good bloke. I’m telling you, he’s very manipulative.”

For all his achievements and celebrity, there remains frustration that Tyson did not entirely fulfil his promise inside the ring, a lingering wistfulness for what might have been. He “could have been a contender” for greatest heavyweight of all time with the likes of Jack Johnson, Jack Dempsey, Joe Louis, Rocky Marciano, Muhammad Ali and Joe Frazier.

Barry McGuigan, a retired professional boxer and founder and president of the Professional Boxing Association, would put him in the top five or 10. He says from near Canterbury in Kent in the UK: “He was incredibly dynamic, unbelievable combination puncher, ruthless. He was with some big hitters and he could really take a shot. He wasn’t a modern-day juggernaut but he could still knock them out.

“His best weight was probably just over 16 stone; he was lethal at that. He was so fast and so dangerous and, because he fought out of a low centre of gravity, you punch down on him at your peril because, if you miss him, he would take your head off.

“But then, with all of the issues he had outside the ring, he lacked fitness, he lacked conditioning. He had a very tough upbringing and, more than anything else, he didn’t have enough love. If he’d had a solid upbringing, his life wouldn’t have been so chaotic and so crazy. Had he had more stability in his training and his preparation, he could have been arguably the greatest heavyweight that there’s ever been.”

Earlier this year a viral video showed Tyson repeatedly punching a man on a plane but authorities did not press criminal charges. Evidently Hulu’s producers felt the boxer’s life story offers an abundance of raw material to work with.

McGuigan, 61, a former world featherweight champion, adds: “He’ll always be a fascinating, riveting individual. He’s got that beast in him – all the good fighters have it. You look into his eyes and he’s terrifying sometimes. He’s not a guy that you mess with. You don’t fuck around with Mike Tyson.” 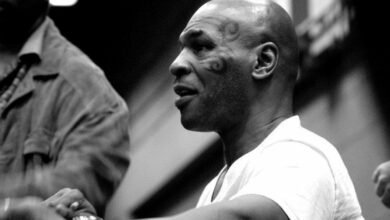 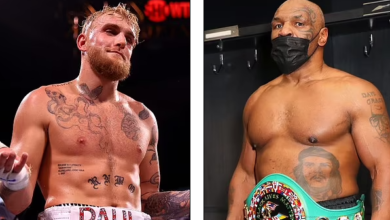 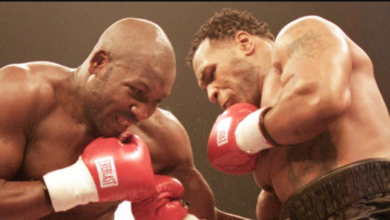 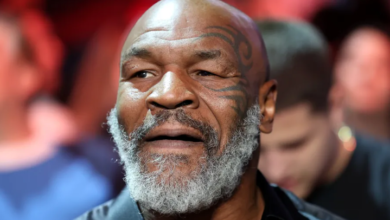