TYSON FURY is ready to fight Anthony Joshua if a deal with Oleksandr Usyk cannot be agreed.

And despite the Ukrainian’s two wins over AJ, Fury claimed Usyk is an EASIER opponent than his long-time British rival.

Joshua’s consecutive defeats to the pound-for-pound star leaves him with a rebuilding job, which could begin with a return fight in December.

And it blew his chances of unifying the belts with WBC champion Fury, 34, who is in line to now face Usyk, 35.

But talks for the heavyweight division’s first ever four-belt undisputed clash look to have stalled.

Fury does not rule out turning to Joshua, 32, if he fails to agree terms with WBA, IBF and WBO title holder Usyk.

He told BT Sport: “I still think, even though he’s lost three of his last five fights, I still think that people would like to see that fight.

“So if Usyk can’t be ready and doesn’t want the fight for whatever reason – you know a middleweight against a giant behemoth heavyweight – I can understand why he wouldn’t want it.

“If that fight doesn’t happen, then we’ll go and offer AJ the fight.”

Fury wants to return in December but Usyk has ruled himself out until next year as he rests and recovers with his loved ones back home.

So the unpredictable Gypsy King has claimed he will announce his comeback fight NEXT WEEK.

And he aimed one more dig at Usyk – who started his amateur career at middleweight – by claiming he is easier to beat than AJ or anyone else.

Fury said: “I’d take the middleweight, because that’s the easiest fight, to be fair.” 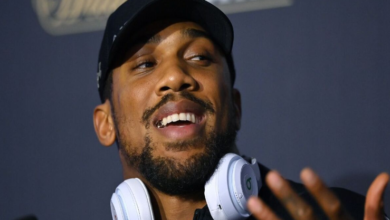 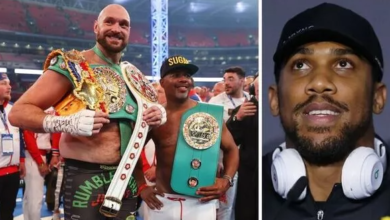 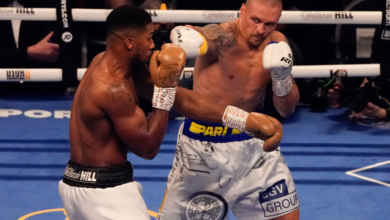 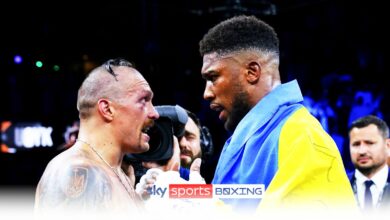 Usyk vs AJ: Anthony Joshua was under ‘immense pressure’ in training camp for Oleksandr Usyk rematch