Bollywood actor Amitabh Bachchan recalled having been punched by the mighty boxer Muhammad Ali when the two stars met at Beverly Hills.

During a recent episode of Kon Banega Crorepati, Big B was hosting the boxing world champion, Nikhat Zareen, when the boxer revealed that her favorite boxer is Muhammad Ali.

Responding to her, the Sholay actor recalled his meeting with the boxer, saying, “I have met him once at his house in Los Angeles, Beverly Hills. Famous Producer-director Prakash Mehra ji wanted to make a film with Muhammad Ali and me and for that, we met at his house.”

“That film never got made, but I ended up getting a punch. I have a photo of him where he is just posing for a punch on my face. What a wonderful human being,” he said.

The Shamitabh actor also posted the throwback picture with Ali, tweeting the picture with the caption, “With ‘the Greatest’ Mohammed Ali at his Beverly Hills home in LA .. so much fun  honor and pride for me !”

During the episode, Nikhat Zareen also shared that she was inspired by watching the videos of legendary boxers Mike Tyson and Muhammad Ali.

“When I started watching videos, I really liked Muhammad Ali’s game style. From thereon I considered him as my role model. I’ve learnt a lot from him, his famous signature step also I know and if you can allow I would like to do it. He inspires me a lot and I try my best to copy his footwork,” she said. 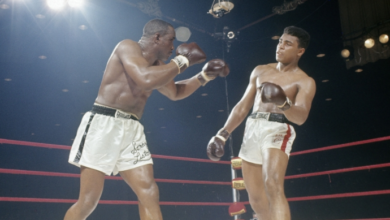 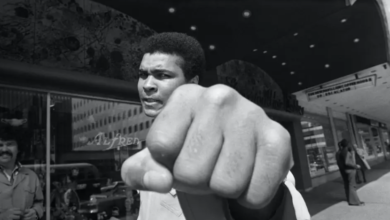 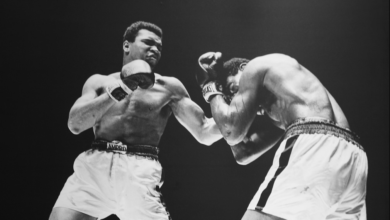 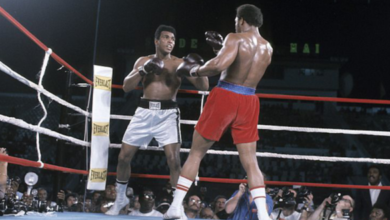