Tyson Fury could not believe that talkSPORT host Simon Jordan thinks Anthony Joshua is a better fighter than Deontay Wilder.

‘The Gypsy King‘ called in to the White & Jordan show on talkSPORT earlier today to discuss his fight offer to Joshua and potential dates and venues for the bout.

Fury revealed that he has put forward a number of options, which include November 12 at Old Trafford, November 26 at Wembley Stadium or December 3 in Cardiff, and so now the ball is back in Joshua’s court as to whether he accepts the terms.

Talk then turned to one of Fury’s previous foes, Wilder, as former Crystal Palace owner, Jordan, made the claim that Joshua is a better fighter than ‘The Bronze Bomber‘.

“Excuse me,” Fury replied in shock.

Jordan quickly came back with, “Come on, Tyson, Anthony Joshua is better than Deontay Wilder.”

Fury, still in disbelief, responded, “Who is this speaking, is this Simon Jordan speaking?”

“Behave yourself Simon,” Fury exclaimed, as the room erupted into laughter.

“You’re going to fight a better fighter in Anthony Joshua than Deontay Wilder and Wilder put you on your backside.”

Fury stood firm in his earlier assertion, saying, “No way, Wilder KO’s AJ in two rounds, so how can he be a better fighter?

“I don’t think there’s anybody else in the world, other than yourself, who believes that Joshua could beat Wilder in a fight, no way.

“Wilder puts his fist through AJ as soon as he lands on him and he’s not that difficult to land on.”

For the time being, however, it doesn’t look like Wilder and Joshua will be meeting in the ring anytime soon, as AJ is currently focused on making a fight with Fury before the end of the year.

As for Wilder, he has a bout with Robert Helenius in October and if he wins he will be taking on Andy Ruiz Jr in a final eliminator to become mandatory challenger for Fury’s WBC world title. 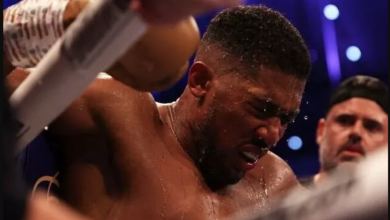 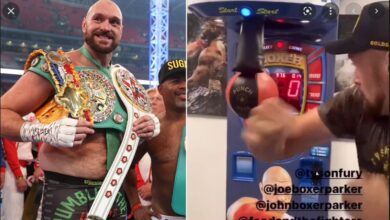 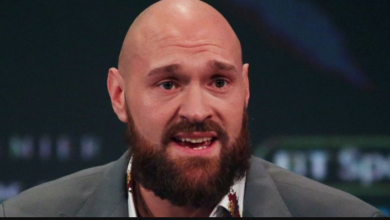 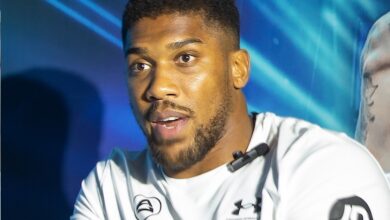