The fight looks in serious doubt as a result, because AJ’s promoter Eddie Hearn previously stated that the former champion will not be ready to return until December 17, following his rematch defeat to Oleksandr Usyk last month.

There is also a further dispute over the purse split for a potential rematch.

Joshua accepted Fury’s offer of a 60/40 deal for their first fight, but the Gypsy King has said that if he were to lose, he would want a rematch at a 50/50 split.

Hearn has insisted AJ would want the deal reversed in a rematch, so it would be 60/40 in his favour.

“We’ve got a couple of dates which are November 26 and December 3,” Warren told iFL TV on Wednesday.

“And as Tyson said, pick one of those dates.

“It’s as simple as that, that’s where we’re at…

“Remember, this is not a mandatory defence.

“This is Tyson being magnanimous and giving AJ a route back.

“And that’s the end of it. They’re not negotiable points at all.”

Warren continued: “The offer’s there and we need an answer quickly because Tyson has told me this morning again – if they do not come back with the thumbs up, then we’re gonna move on.”

Asked when the deadline is, Warren replied: “Today. What’s there to discuss? There’s nothing to discuss is there really?…

“Usyk has said he won’t be available until February or March.

“Tyson wants to fight. But what he wants to make sure is that there’s no problems for the Usyk fight in February or March and he needs a decent run-up to that.

“So he don’t wanna do it late in December, that’s why he wanted to do it early.

Fury took to social media to add: “I’m gonna do a video one hour [every hour] for the full f***ing today until you agree or don’t agree, let us know.

“And just to clarify, there has never been a December 17 date, ever.

“There’s only ever been November 26 at Wembley or December 3 at Cardiff.

“This is it now AJ, Eddie, don’t get scared now, agree to the fight and let’s give the fans what they want.” 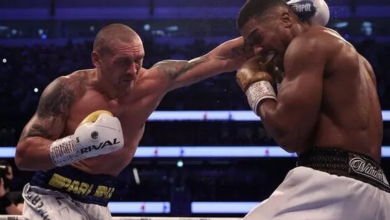 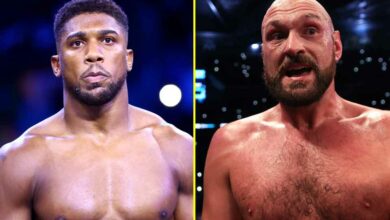 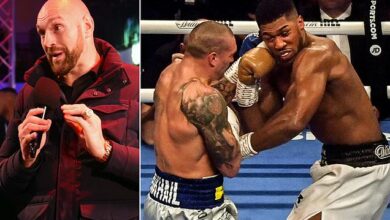 Tyson Fury claims ‘NOBODY cares’ about Anthony Joshua anymore, but still vows to knock his heavyweight rival out ‘for bants’… as he warns champ Oleksandr Usyk that he will ‘obliterate him’ 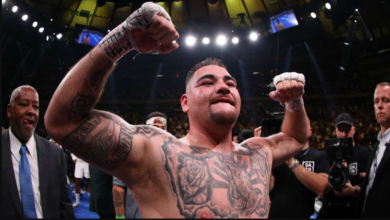