‘Taker dropped the title to Jericho, but what fans were talking about after the match was what happened to ‘The Deadman’ before the bell had even rung.

What happened to The Undertaker in 2009?

While he made his way down to the ring, the usual pyro went off for The Undertaker’s entrance, but things went badly wrong this time around.

The Undertaker actually caught on fire during his entrance, with the flames from the pyro catching on his leather jacket.

Thankfully, the wrestling legend was able to react quickly and take his jacket off, but not before badly burning himself.

You can check out some fan footage of the incident below, which if we’re being honest, is one of the scariest things to happen on a WWE show…

Video: The Undertaker gets badly burned at Elimination Chamber 2010

The Undertaker may have dropped his title on the show, just before WrestleMania 26, but he walked out of St Louis with serious third-degree burns.

No one would have blamed ‘Taker for not wanting to wrestle the match, given that he was seriously hurt, but such is his elite mentality that he defended his title like he was supposed to.

However, ‘Taker was filmed in his pod pacing up and down as he bathed himself in water, hoping to calm down the burns that had begun to form on his skin.

The Undertaker took two months away from the ring after Elimination Chamber, returning to WWE TV in April at WrestleMania XXVI to retire Shawn Michaels.

Kudos to The Undertaker for not only his dedication to still wrestle in the match despite suffering serious burns, but also for his quick thinking which prevented him from being more hurt than he already was.

Latest news on The Undertaker

The Undertaker retired from WWE in November 2020, wrestling his final match six months prior at WrestleMania 36 against AJ Styles.

He was then inducted into the WWE Hall of Fame earlier on this year in April 2022, but during his speech, ‘The Deadman’ did tease stepping into the ring again.

As of the time of writing, it does seem like The Undertaker won’t work another match, but the story, at least from his side, doesn’t seem 100% closed right now. 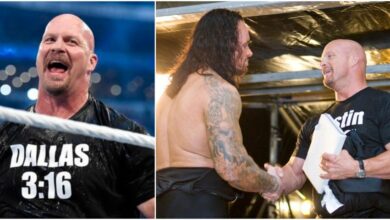 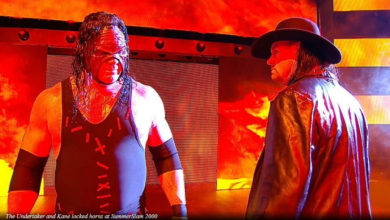 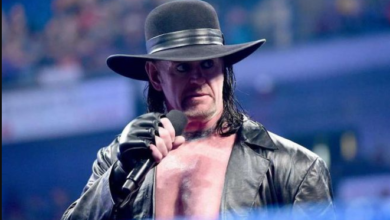