Anthony Joshua has moved up one position to fifth in the WBC rankings despite having yet to confirm plans for his heavyweight return.

AJ has not fought since coming up short in his bid for revenge against Oleksandr Usyk back in August, which saw him drop out of the title picture for the first time in several years. The British heavyweight was then handed a WBC ranking at No.6 as it appeared that he would be accepting a clash with long-term rival Tyson Fury to fight for the organisation’s world title.

However the fight collapsed, with Joshua now likely to make a comeback in 2023 against a number of potential fighters including Dillian Whyte and Deontay Wilder. Despite his return currently being uncertain, during the latest WBC convention, Joshua was placed in fifth position in the heavyweight ratings which represents a move of one place up from his previous place.

Robert Helenius was previously above Joshua, but was beaten by leading contender Deontay Wilder in emphatic fashion which has seen him contemplate calling time on his career in the ring. This sees Joshua now in fifth with potential upcoming rematch rival Whyte now sat in his previous position at No.6.

Joshua sits behind Arslanbek Makhmudov, Frank Sanchez, Andy Ruiz Jr and Wilder who are all looking to pick up wins to enforce a potential future challenge to Fury’s crown. Joshua has attempted to fight the champion twice, but on both occasions the fight has collapsed with the Briton understood to have missed the Gypsy King’s deadline on this occasion.

And the former two-time champion’s promoter Eddie Hearn has admitted that Joshua “lost faith” in the sport after the collapse of the recent negotiations. “He just sort of lost faith a little bit with boxing because he really wanted to fight Tyson Fury,” Hearn said during an interview with Boxing Social. “That’s the main reason that he didn’t fight this year. He was just pissed off. You know, he [Fury] got his bluff called really, we feel.

Anthony Joshua has moved up in the WBC rankings (

Getty Images)“What are these people doing? They say they want to fight me, now I’ve got a deadline, Chisora gets another month to do the deal, and I had to sign it then. So, that’s why you’re going to see him [AJ] fight maybe the end of February, but probably March.”Joshua has yet to secure a fight and has even admitted this week that he feels life o utside of the ring is beginning to complicate matters inside the squared circle. He said: “My life is complicated. Boxing has become a bit complicated for me. But everyone is just trying to make the most of this time while I’m boxing and they’re doing a good job.

“But it does affect my ring activity. So I’m just always trying to push that stuff away. It’s a challenge. I’m just trying to get it out the way this year, so next year I can just focus.” 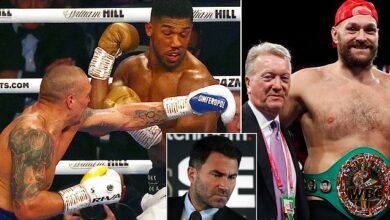 Anthony Joshua will NOT fight Oleksandr Usyk next because he ‘doesn’t fancy that rematch at the moment’, predicts Frank Warren… as he fires back at Eddie Hearn over claims Tyson Fury avoided an undisputed clash with the Ukrainian 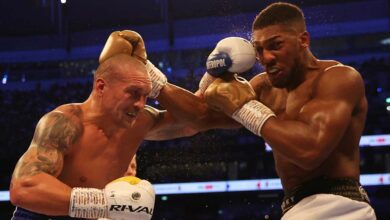 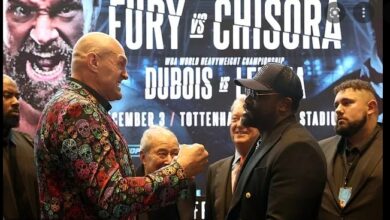 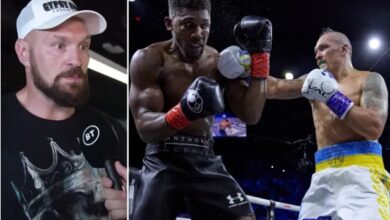